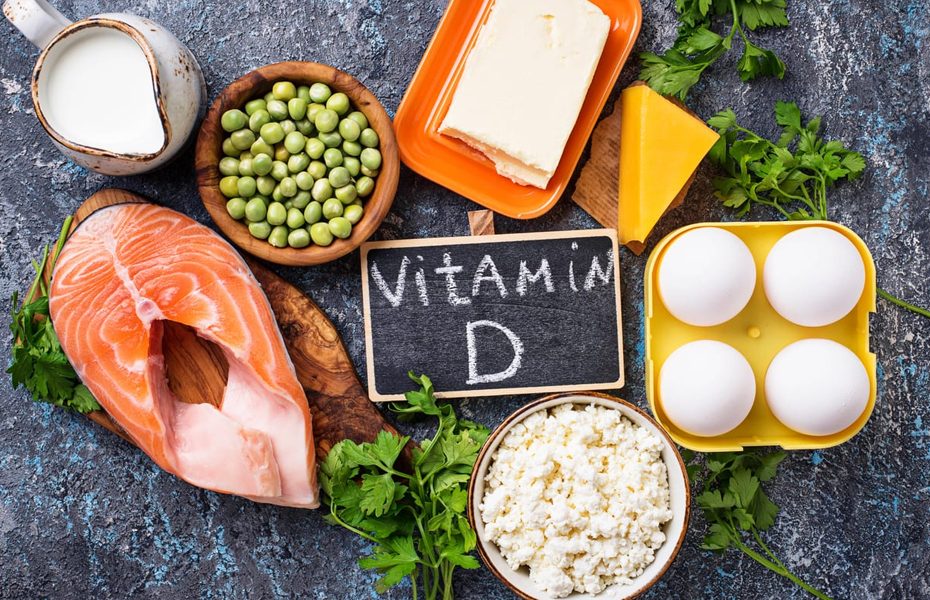 Health is wealth everything. Ill health in any form reduces functionality in all forms – sex, work, emotions and even psychology. The body is built with interdependent connections of cells, tissues, organs, bones, nerve endings, hormones and chemicals. For these interdependent connections to remain in their prime, they need energy and a consistent and constant supply of nutrients.

Vitamin D is one of such nutrients. It is especially important for the health and maintenance of the bones and teeth – although it has other functions – as it regulates the absorption of calcium and phosphorous, which are essential to bone health. The human body without the support of the bones is mere flesh. The bones add form, strength and support to the body, especially the spinal cord. Weaken the bones and the body are in trouble.

You are perhaps here because you are concerned about your intake of the nutrient or because you fear you are exhibiting vitamin D deficiency symptoms. In this article, you will learn the important things that you need to know about vitamin D

What’s all the fuss about?

Well, despite the abundance of the sun – a known source of vitamin D – a large percentage of people still suffer from vitamin D deficiency. Different reasons can be responsible for this: little exposure to sunlight, constant use of sunscreen even when exposed, geographic location, dark skin and age. This deficiency can result in rickets (reduction in bone strength) in children, and osteomalacia in adults.

Is vitamin D deficiency that rampant?

Again, yes it is. And the possible reasons are highlighted above. Just to buttress this point further, let’s examine some statistics:

Do I Have Your Attention Now?

Hopefully, I do. This goes to show the severity and perhaps the huge gulf in what is required and what people are getting. The icing on the cake would be to share with you the benefits of vitamin D as opposed to having a low vitamin D which. Which is exactly why you are here (I hope).

Benefits of Vitamin D and The Effect of Its Deficiency

With better research and technology, more benefits – directly and indirectly – of the vitamin are discovered, even though some of the research still requires corroboration and further extensive study. As things stand, these are some of the benefits of vitamin D and the effects of its deficiency– both established and suspected.

Healthy bones and teeth: Calcium is essential for the bones and teeth, and vitamin D plays a key role in making sure calcium is available and absorbed by the bones. It helps absorb calcium in the intestines and prevents calcium leaving the kidney as waste. Therefore, available calcium means the body avoids diseases like rickets and osteomalacia.
Reduced risk of flu: In a study during winter, children with a daily intake of 1200 IU of the vitamin for four months had a reduced risk of influenza A by over 40%.

Reduced risk of diabetes: Several types of research has shown that the higher blood concentration of vitamin D in the body reduces the risk of type 2 diabetes as the correlation between vitamin D and insulin and glucose tolerance is a direct relationship. In a particular study of infants who received 2000 IU, the risk of developing type 1 diabetes reduced by a whopping 88%.

Improved health in children: Low vitamin D has also been linked to higher risk for diseases like asthma and eczema in children. Conversely, sufficient levels, reduce the risk and severity of such diseases.

Cancer Prevention: Certain studies have suggested that calcitriol – hormonal form of vitamin D – can reduce cancer growth. It does this, by slowing the growth and creation of new blood vessels in the cancerous tissue. Thus, the death of cancer cells becomes inevitable in the long run, and also reducing the metastases of the cancerous cells.
Healthy Pregnancy: Low vitamin D in pregnant women have been observed to increase the risk of preeclampsia, gestational diabetes mellitus and bacterial vaginosis. An over the top levels are also responsible for increased risk of food allergy in the child two years after birth.

The sources include the sun, Vitamin D foods and supplements.

The sun remains the primary source for humans. You should have heard from your teacher (I did) about basking in the midday sun gives you vitamin D. Just how much time should you stand under the sun, especially with the threat of skin cancer from overexposure to the sun? Experts advise fair skinned individuals spend about 10 minutes in the sun between 11am and 3pm with their legs, face and hands exposed without sunscreen. They say this will synthesize about 10,000 IU of the vitamin.

So what about dark skinned people?

Winter is coming… and the sun has gone dark

During winter, the beaming UV rays of the sun no longer penetrate the atmosphere and reduces or sometimes stopping the body’s ability to produce vitamin D.

What can you do?

This, ladies and gentlemen, is where the rubber hits the road. You’re faced with decreased synthesis from the sun, and very few foods in nature provide vitamin D. Therefore, Meeting the recommended daily intake of vitamin D will require a bit of dietary wisdom. Wisdom involves stocking up during summer and taking vitamin D supplements alongside foods containing the vitamin during winter or periods of low exposure to the sun. It has to be conscious and deliberate; that’s the wisdom!

What about the old and the infant?

The old and the infant have the fact that their outdoor experience is already limited even before winter. This means a relatively different approach should be taken for both senior citizens and infants. Infants should only take vitamin D fortified infant formulas as their skins might not be developed enough to withstand the UV rays. Senior citizens should be placed on continuous supplements as their skins already do not synthesize as they used to.

There aren’t loads of naturally occurring vitamin D foods as most are fortified to boost the vitamin D intake in their diet. However, they still remain the best vitamin D source with little or no risk. That said, the following are the best sources for vitamin D: the flesh of salmon, tuna and mackerel as well as fish liver oils. Other vitamin D foods include mushrooms, egg yolks, beef liver and cheese, although in little quantities.

However, fortified foods are still your best bet of getting enough vitamin D food from your diet. In the U.S. and other parts of the world, certain products are mandated to have a minimum amount of vitamin D. For example, in the U.S, it’s typical to have a cup of milk fortified with 100 IU. Other examples include breakfast cereals, orange juice, margarine and other products. Infant foods are also mandated to contain vitamin D in the United States.

Dietary supplements are exactly what their names suggest, to supplement the intake from your primary sources – the sun and food intake. They should be taken when the primary sources do not suffice for the recommended daily intake, especially in the case of dark-skinned people, senior citizens, those living where there’s little sunshine, those bound indoors for a while and infants.

According to the U.S Institute of Medicine (IOM), the table below:

Depending on the time and temperature of cooking about 10% – 50% of vitamin D are gone.

Are there any health risks with consuming vitamin D?

As recommended in the table above, the upper limit should not exceed 4000 IU per day. Even though dietary experts and the National Institute of Health (NIH) says toxicity starts at 10000IU per day. However, note that going overboard can lead to calcification of the bones and hardening of the blood vessels, lungs, kidney and the heart. You don’t want to Medusa your organs; do you?

What are the common vitamin D deficiency symptoms?

Different people display different vitamin D deficiency symptoms. Some will show no signs at all while being deficient, and in others, it translates to tiredness, aches and pains in the joints and bones. As always, if you feel anything is wrong, kindly visit your doctor for tests.

previousCollagen
nextWhat to do when your gambling addiction goes overboard 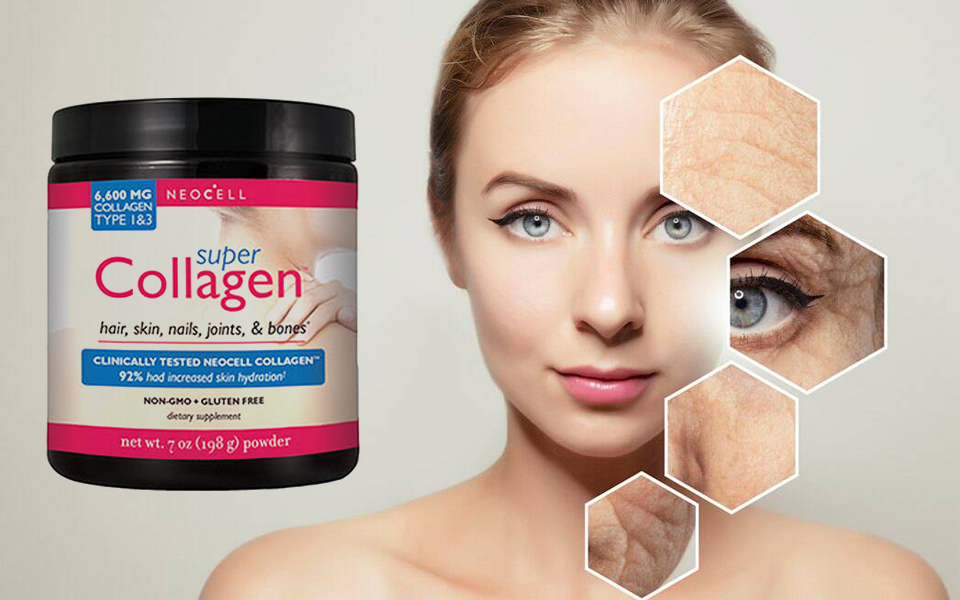 The aging process and other factors are responsible for the loss of your skin’s beauty. It is impossible to get those wrinkles off your skin… Read More »Collagen 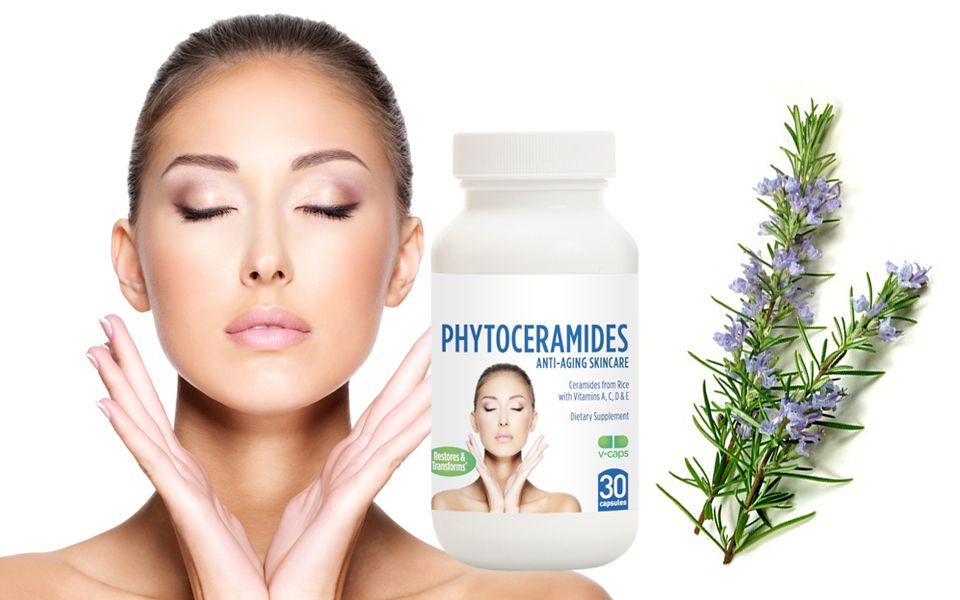 For many years now, people have been fighting what they feel are the major signs of the aging process that appears on their skin. This… Read More »Phytoceramides