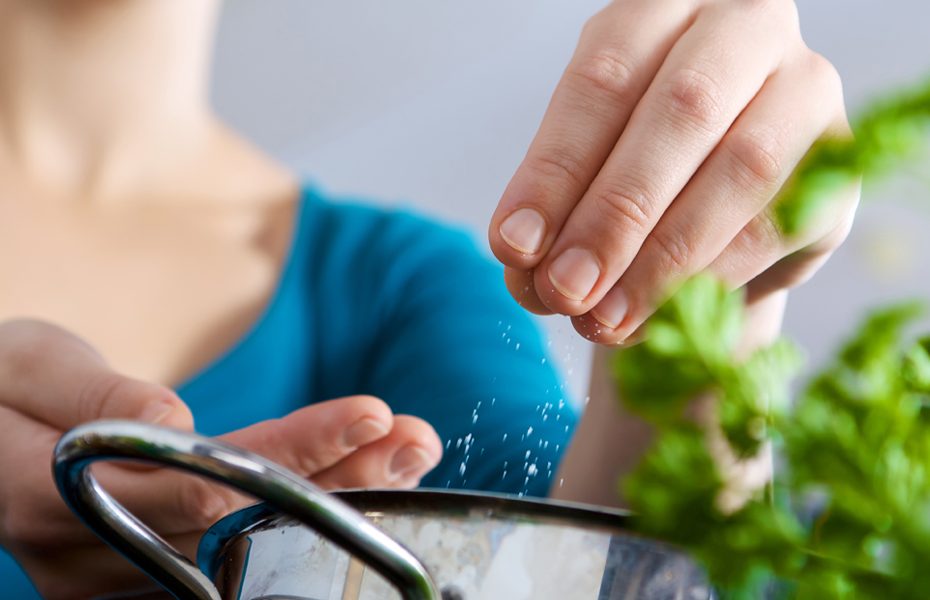 How Much Salt./Dietary Sodium Should You Eat Each Day in Your Diet

The current recommendation is to consume less than 2,400 milligrams (mg) of sodium a day. This is about 1 teaspoon of table salt per day. It includes ALL salt and sodium consumed, including sodium used in cooking and at the table.

The US sodium RDA of less than 2,400 mg is higher than the UK Recommended Nutritional Intake (RNI) whose upper limit for sodium is 1,600 mg.

Sodium RDA – Lower for Those with Blood Pressure

The National Research Council of the National Academy of Sciences recommends an approximate daily range of 1,100 to 3,300 mg of sodium for adults.

The American Heart Association recommends that for every 1,000 Calories of food consumed, the sodium intake should be 1,000 mg and should not exceed the 3,000 mg limit.

No Specific Sodium RDA for Children

Specific recommendations regarding sodium intake do not exist for infants, children, and adolescents. However, since eating habits and attitudes about food formed during childhood are likely to influence eating habits for life, moderate intake of sodium is suggested.

Sodium deficiency is not common but can occur during heavy/prolonged exercise, due to loss in sweat and in high temperatures. Signs of sodium deficiency include: cramps, weakness, fatigue, nausea and thirst.