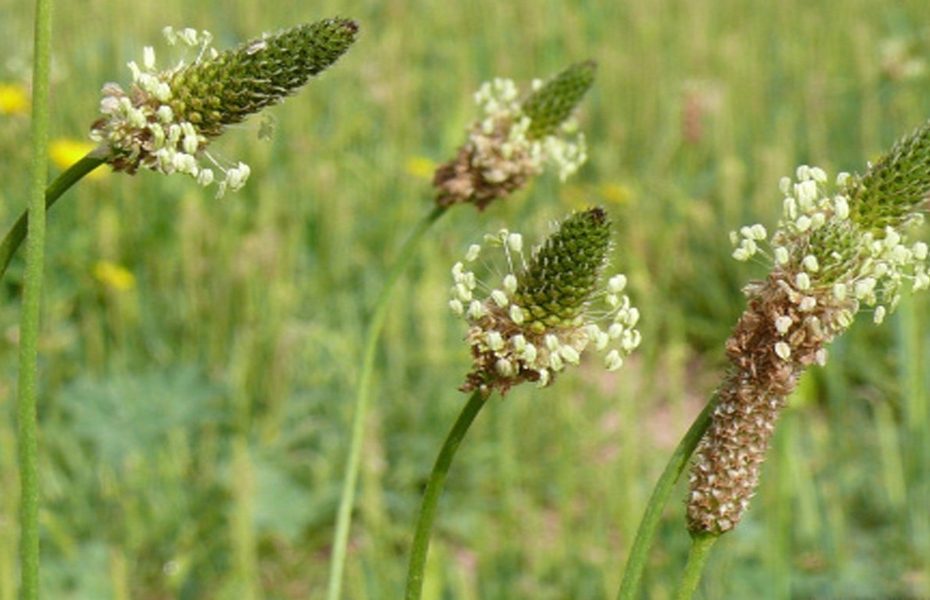 Psyllium again? May be you are wondering what a jargon! Precisely speaking psyllium is usually made from husks of the plant ago ovate plant`s seeds. It is simply a form of dietary fiber alternatively known as is paghula. But there is more to unfold about it. Psyllium has diverse uses but it mostly used as a dietary fiber responsible for the eradication of occasional constipation and mild diarrhea.

It is considered an effective food thickener. In addition it used to control cholesterol levels in the body. What you need to know about psyllium is that it is not by any means absorbed by the small intestines. Incredibly it has laxative properties which enable it to act as stool softener easing bowel elimination as well as enhancing the absorption of excess water. As a matter of fact psyllium is among the rare kinds of laxatives that does not cause flatulence. And it has a soluble fiber known as arabinoxylan a hemicellulose.

The main reason behind the production of psyllium is because of its mucilage content. Perhaps you are wondering what a vocabulary! But mucilage implies a group of clear, colorless, gelling agents which are manufactured from plants. The seed coat of the psyllium is quite crucial since it is the source of mucilage which is got through mechanical milling for instance grinding the outer layer of the seed.

What Are the Health Effects Of Psyllium?

You can call it dietary psyllium if you like. It has numerous benefits and cannot be underrated whatsoever. Some of the major benefits include;

Psyllium contains fiber which is responsible for appetite control. In other words it makes one to feel full after it expands. This is after you take in psyllium 30 minutes before taking your meal. This reduces the possibility of overeating making psyllium an excellent weight gain control. In addition it cleans the colon enabling one to shed off the extra pounds of waste accumulation. In relation to weight loss psyllium absorbs liquid in your body and such an action is ideal for appetite control. It forms a gel like substance that slows the process of digestion. If that happens your weight gain will be on the check.

This product revives the hope for diabetic individuals. This is because psyllium fiber facilitates the maintenance of a healthy insulin and blood sugar balance which is a necessity for people with diabetes. Consuming at least 5 grams of psyllium twice a day will help a diabetic patient regulate their blood sugar.

Psyllium facilitates smooth waste elimination without increasing flatulence. In other words it helps you avoid constipation and enhance the absorption of water in the intestines. As a matter of fact it improves the overall digestive health. Psyllium laxative properties make it ideal for easing bowel movements as well as soaking up water in the gut.

It is a natural source of fiber

Most foods are highly processed and this makes the dietary fiber in them to be reduced greatly. This is hazardous to your health since fiber plays a vital role in the body. But psyllium husk is an outstanding source of fiber. As a matter of fact one tea spoon contains at- least 4grams of fiber. Am not implying that you should drop your favorite diet. Not really! The point am driving home is that ,if by any case your diet is without fiber, ensure you use psyllium husk just to make sure that your body is not deprived this very essential fiber.

In most cases discomfort and fatigue are caused by irritable bowel movements and digestion problems. But such are eradicated by psyllium. In that case you can no longer feel sluggish. You will be rejuvenated and your aspiration to live increased. Such are the miracles of Psyllium.

What Is the Importance Of Psyllium Seed Husks?

Psyllium seed husks alternatively known as ispaghula, isabgol or psyllium are part of plantago ovate seeds. They are mucilaginous as a result of their hygroscopic nature which gives them room to expand. Psyllium seed husk are the source of dietary fiber. We all know that dietary fiber is indigestible. The soluble dietary fiber can be fermented into butyrate.

Psyllium seed husks relieve constipation, irritable bowel syndrome as well as diarrhea. They are efficient regular dietary supplement which support and maintain regular GI transit. Incredibly with the inert bulk of the husks it is possible to maintain a fixed volume of solid material despite other aspects of the diet or any problem of the gut.

The psyllium seed husks can be used to make gluten-free baking. As a matter of fact they bind moisture and aid in making breads less crumby. You are liable of using the husks in question in their natural state. They can also be dried and chopped or even powdered to ease their consumption. In other words psyllium is available capsules and powder form commonly known as psyllium powder.

In either of the form you will be required to take them with any of your favorite fluid or use water. All you need to do is mix them with the fluid and then drink. In fact you should add two to three spoons of psyllium to a glass of water. Psyllium seed husk usage has been known for centuries to decrease the risk of heart disease.

Does Psyllium Husk Have Any Side Effects?

Irrespective of the numerous benefits psyllium has few side effects. For instance they cause allergic reactions particularly among persons who are regularly exposed to psyllium dust. You are also likely to experience gastrointestinal tract obstruction especially if you`ve had prior bowel surgeries or anatomic abnormalities. Mind you such an experience can occur as a result of using little amounts of water to take in psyllium. In that case ensure you take adequate amounts of water otherwise the product in question will choke you.

You should not proceed using this psyllium in case you experience conditions such as chest pain, difficulty in breathing as well as swallowing or even vomiting. Any of such conditions are enough reasons for you to seek medical advice.

Is there anything you are not telling me about psyllium husk capsules?

I love your curiosity! By the way psyllium husk capsules are good news to persons using low- carb Atkins-style diets. This is because these capsules will aid in appetite reduction without depriving the body essential nutrients like glucose. Some methods hinder the absorption of starch which in turn results to nutrients insufficiency. But psyllium capsules showers the body with fiber which is super quality in reducing appetite without over stimulating the nervous system.

How do I take in psyllium husk supplements?

Psyllium supplement husks should always be mixed with water. This is because using psyllium without water may cause choking. Actually 5g of psyllium should be taken once using your favorite fluid. At least 200ml of water. If you like you are free to use it during every meal. You can always mix psyllium with meals though it is not compulsory to do so. But mind you mixing it with fluid is (I feel like saying this aloud for everybody to hear) MANDATORY. In cases of acute doses of up to 30g should be taken using more water should. Roughly 500ml. More so you will be required to consume 15g on daily basis which you will have to categorize into three. That is, a dosing of 5grams thrice in a day.

Perhaps you have tried various methods of weight reduction without success. You feel tired of trying and have sworn never to try again. Kindly or is it please? Give psyllium husk powder the honor of last trial. You will be surprised that it will work pretty well. Psyllium husk play a vital role in weight reduction. This is because it is a dietary fiber. Though a zillion of people love highly processed foods, whole grain foods have a number of health benefits and enhance weight reduction as well. What is quite important about psyllium powder weight reduction is that it doesn’t interfere with your diet. Fiber is found in fruits, vegetables as well as whole grain foods. Psyllium husk is a soluble fiber which is absorbs water and in turn turns to gel during digestion. This gel like substance controls digestion as well as sugar absorption Low levels of sugar levels ensure that there is no storage of fats. And of course this creates room for shedding off the extra pounds. Besides weight reduction scientist has given us enough prove through their studies that psyllium husk lowers cholesterol levels preventing the occurrence of heart diseases.

Psyllum husk is commonly known as colon cleanser. And its bulking properties make it ideal for weight loss. It empties all the waste that has clogged in the intestines resulting to weight reduction. Most importantly is that it’s spongy fiber controls one appetite preventing overeating which may in turn cause weight gain.

Allow me rest my case. Meet you again in the world of Psyllium heroes and heroines. 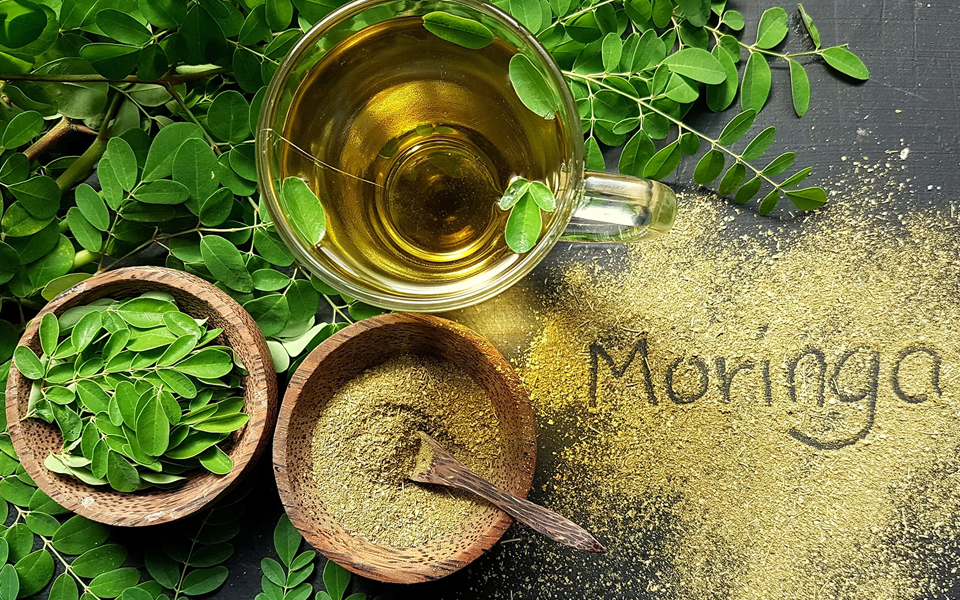 With the Moringa Pills Weight loss is no Battle We are the suppliers of a product that is guaranteed to work. The battle to lose… Read More »Moringa