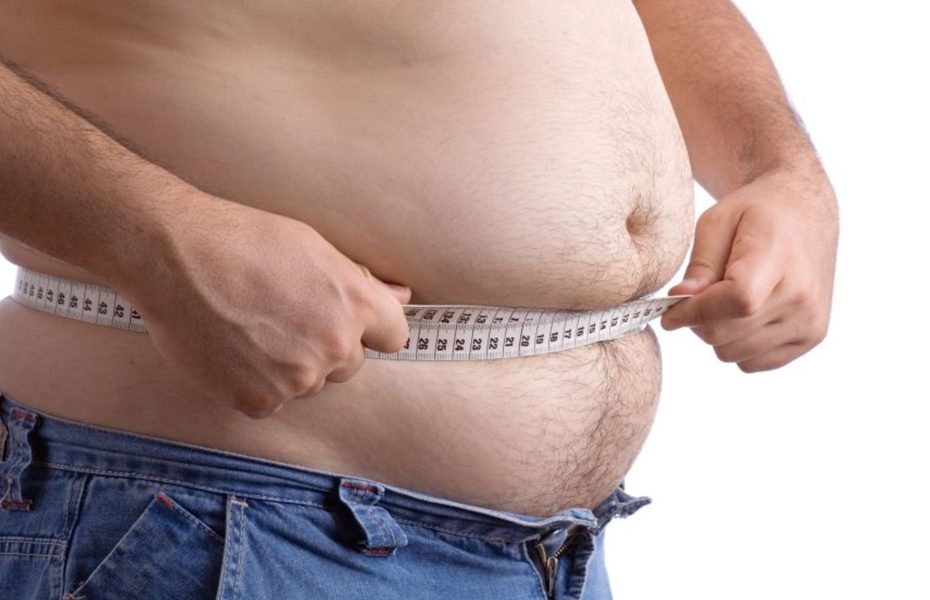 Risks and Complications of Stomach Bypass Operations to Reduce Obesity

General Information About The Health Risks of Stomach Bypass

More About The Health Complications of Gastric Bypass

What Is The Risk Of Anastamotic Leakage After Gastric Bypass?

In bariatric surgery, the medical term anastamosis means a surgical connection, between the stomach and bowel, or between two parts of the bowel. By connecting the two organs with either gastric staples or sutures, either of which makes a hole in the bowel wall, the bariatric surgeon tries to make a watertight connection. To ensure a leak-proof connection, surgeons depend on the healing power of the body, and its ability to create a seal. If for any reason this ‘seal’ fails to form correctly, fluid from within the intestine will escape into the abdominal cavity, and cause infection and/or an abscess. Leaks from an anastamosis typically result from roughly 2 percent of stomach bypass operations, usually at the stomach-bowel intersection. These leakages are treatable with antibiotics, although occasionally they require revisional surgery. A second operation is usually safer if a particular infection cannot be cured immediately.

What Is The Risk Of Anastamotic Stricture After Gastric Bypass?

As the surgical connection or anastamosis heals, it forms a scar tissue, which contracts with time, causing the diameter of the surgical connection to shrink. This is referred to as a stricture. Usually, the transit of food through the anastamosis will maintain its width, but sometimes the contraction process of the scar may cause the opening to become so small that even fluids can no longer pass through it. When this occurs, the only effective solution is a gastroendoscopy – a procedure which stretches the connection by inflating a balloon inside it. Sometimes more than one gastroendoscopyis needed to achieve lasting correction.

What Is The Risk Of Nutritional Deficiency After Gastric Bypass?

As well as causing a reduced capacity to absorb both macronutrients and micronutrients, bypass surgeries dramatically reduce food (and calorie) intake because of the new small stomach. When calorie intake is low, it is extremely difficult to consume enough nutritious food. Thus nutritional deficiencies are almost inevitable.

Hypoparathyroidism caused by inadequate uptake of calcium, typically occurs in 1 in 3 stomach bypass patients. Calcium is mainly absorbed in the duodenum – the part of the small intestine which is bypassed. Fortunately, Vitamin D and Calcium Citrate supplements will correct this problem.

Bypassing the duodenum also leads to iron deficiency. The best supplements are Ferrous fumarate, or a chelated form of iron. (Ferrous sulfate can cause problems in the gut.) Even with supplements, some female patients contract severe anemia, and require treatment with parenteral iron.

To be absorbed properly, Vitamin B-12 requires intrinsic factor from the gastric mucosa. In some stomach bypass patients vitamin B12 is not absorbed, even when supplements are taken, leading to pernicious anemia and neuropathies.

For many gastric bypass patients, protein deficiency is another common risk, especially after distal types of bypass. Many need protein supplements during the early period of rapid weight reduction, in order to prevent muscle wastage and loss of muscle tissue.

What Are The Problems Of Vitamin Deficiency After Gastric Bypass?

Vitamin intake is better after proximal stomach bypass than distal bypass. Vitamin B-12 is a problem in both cases however, although sub-lingual preparations of B-12 should produce adequate absorption. Patients who undergo distal gastric bypass will find it difficult to absorb fat-soluble vitamins A, D and E.

What Is The Risk Of Dumping syndrome After Gastric Bypass?

Usually the pyloric valve at the distal end of the stomach controls the release of food into the duodenum, the first segment of the small intestine. However, in many gastric bypass operations, the pyloric valve is not left intact (an exception is the Duodenal Switch bypass), so if a bypass patient eats an excessive amount of sweet foods, like milkshakes, sports drinks, or chocolate, the sugar passes too quickly into the proximal or distal bowel, where it causes a physiological reaction known as “dumping syndrome”. Affected patients start to feel shaky, nervous, dizzy; they may experience rapid heartbeat, or break into a cold sweat. This may be followed by diarrhea, headaches and abdominal cramp. Dumping Syndrome is not dangerous to health, but it is extremely distressing, and in the view of many bariatric experts this side-effect of gastric bypass surgery is a major help in training patients to avoid inappropriate foods.

As in all operations involving transection of the stomach using a line of staples, there is a risk of staple-line failure. Additional complications can include leaks from staple breakdown, stomal stenosis and ulcers.

Malabsorptive operations like gastric bypass pose a particular risk for nutritional deficiency. Nearly 30 percent of patients who have stomach bypass surgery develop nutritional deficiencies because they do not adhere to their post-operative guidelines concerning the need for nutritional supplements. The risk of malnutrition stems from the fact that a stomach bypass causes food to bypass the duodenum and most of the jejunum – the places where important minerals like iron and calcium are absorbed into the bloodstream. Thus bypass patients have a risk of developing iron deficiency and vitamin B12 deficiency. Vitamin D and calcium absorption may also be reduced since the duodenum and jejunum are the preferential sites of absorption. Therefore, after stomach bypass, a life long program of supplementary multivitamins, vitamin B12 iron and calcium is mandatory for all patients. Some bypass operations, like biliopancreatic diversion or the distal roux-en-y, pose a higher risk of nutritional deficiency than others, like the proximal roux-en-y. However, with proper nutritional supplementation, the risk of deficiency is eliminated.

After bypass surgery there is a period of intestinal adaptation during which bowel movements may be liquid and frequent. This may reduce with time, but can be a permanent condition.

See below for examples of specific complication rates for two types of stomach bypass operations.

Here are the rates of complications associated with biliopancreatic diversion.

What Are The Emotional/Psychological Side Effects Of Gastric Bypass Surgery?

The effect of gastric bypass surgery on patients can be emotional, as well as a physiological. Many patients who have obesity surgery experience depression in the months after their operation. This is caused by the forced change in the role which food plays in their emotional life. Many super-obese patients rely on food for emotional support, and the drastic post-op diet regime can place enormous emotional strain on the patient. In addition, energy levels in the period after the bypass surgery will be quite low. Again, this is because of the restricted food intake, but the patient’s negative mood will also be a contributory factor. Patients may also experience muscle weakness and fatigue in the months following surgery. This is due to a number of factors, including lower protein intake. As food intake increases many of these emotional side-effects of gastric bypass tend to fade. However, the initial post-op period can see a definite emotional or psychological decline in some patients. Unfortunately, while the physical benefits and health risks are relatively well documented, the psychological effects of stomach bypass surgery have yet to be fully mapped. 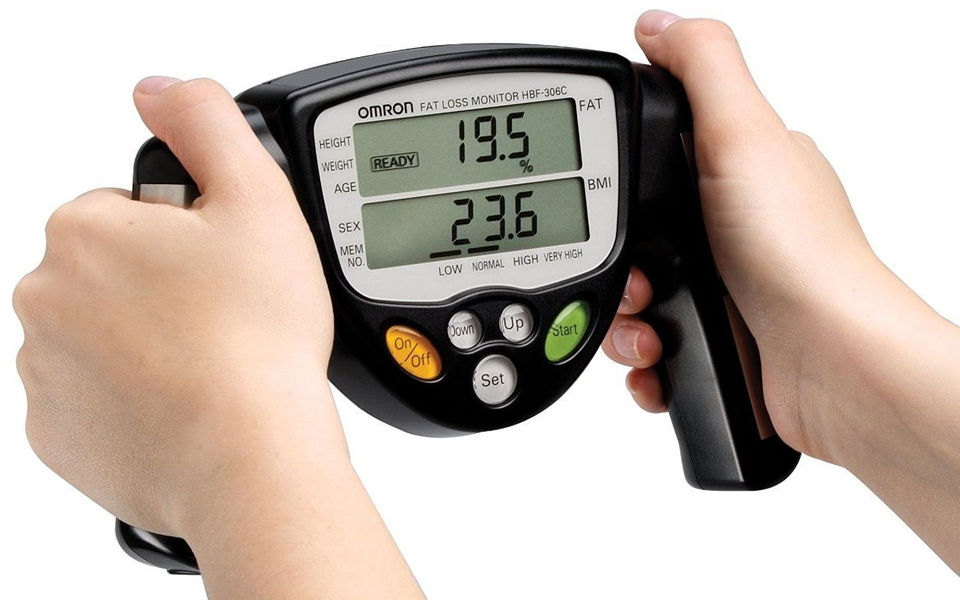 If you want to lose weight and maintain good health, it’s beneficial to understand why body fat is an important factor for weight loss and… Read More »Body Fat, Weight & Health 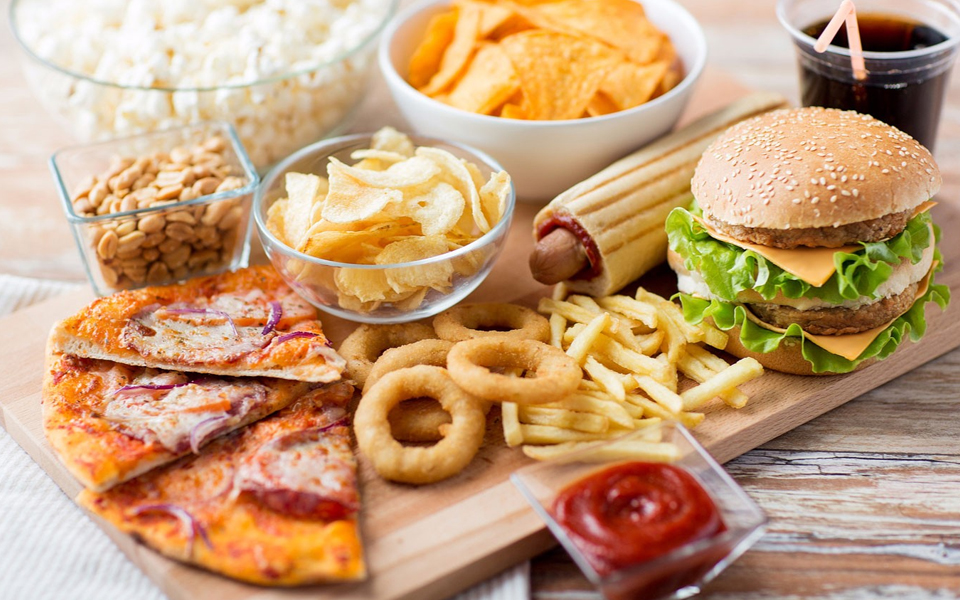 Quick Foods to Help You Lose Weight Maintain a Stock of Quick-Cook Foods Fast healthy food-preparation begins with what you bring into your kitchen. Instant… Read More »Foods For Weight Loss 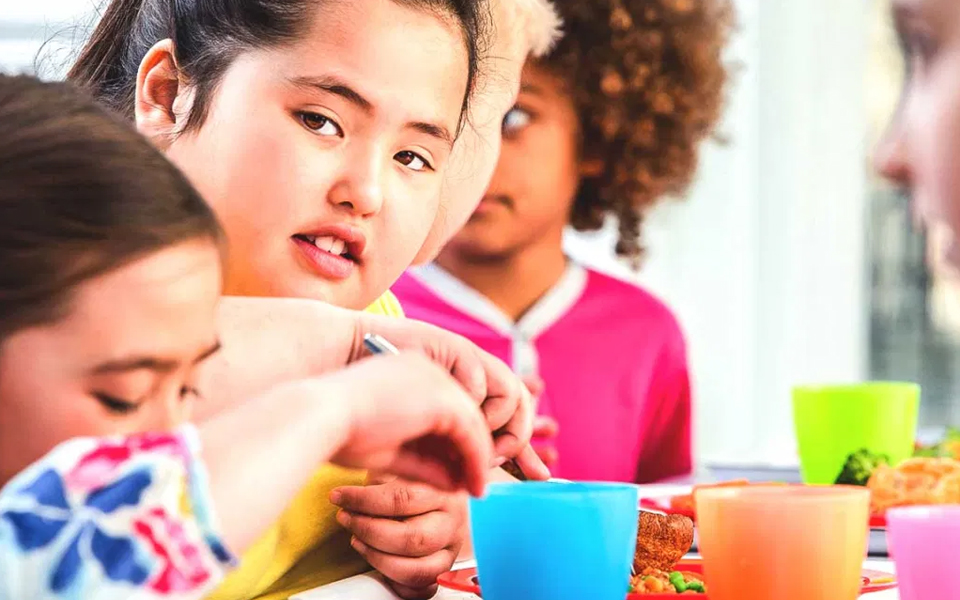 Severe Overweight in Children, Adolescents and Teenagers What is Child Obesity? Obesity (a disease of excessive body fat) in children or adolescents is not measured… Read More »Obesity in Children 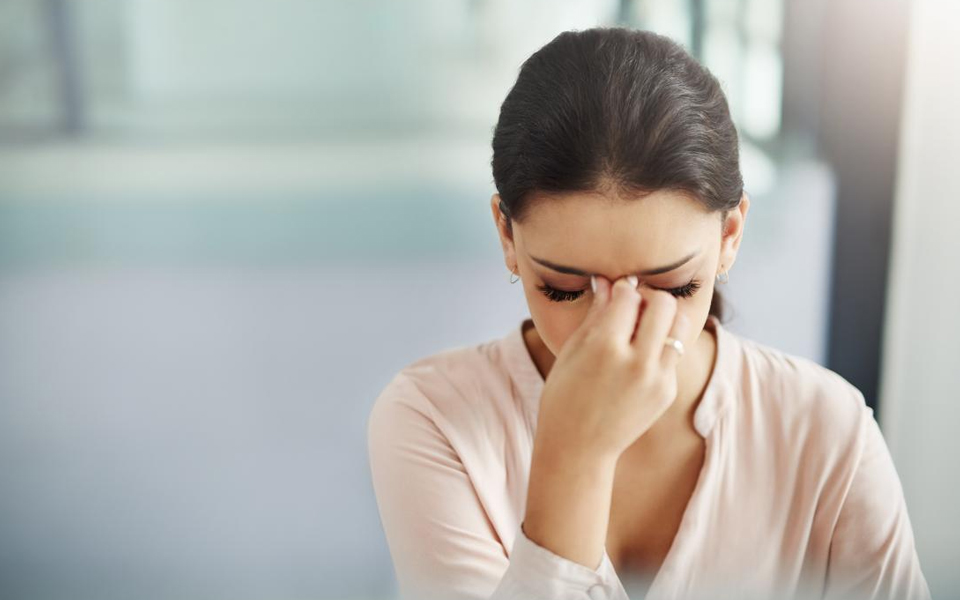 Despite the hopeful results of two recent studies into the weight loss and health effects of the Atkins high protein diet, sceptics have pointed out… Read More »Atkins Diet: Health Issues 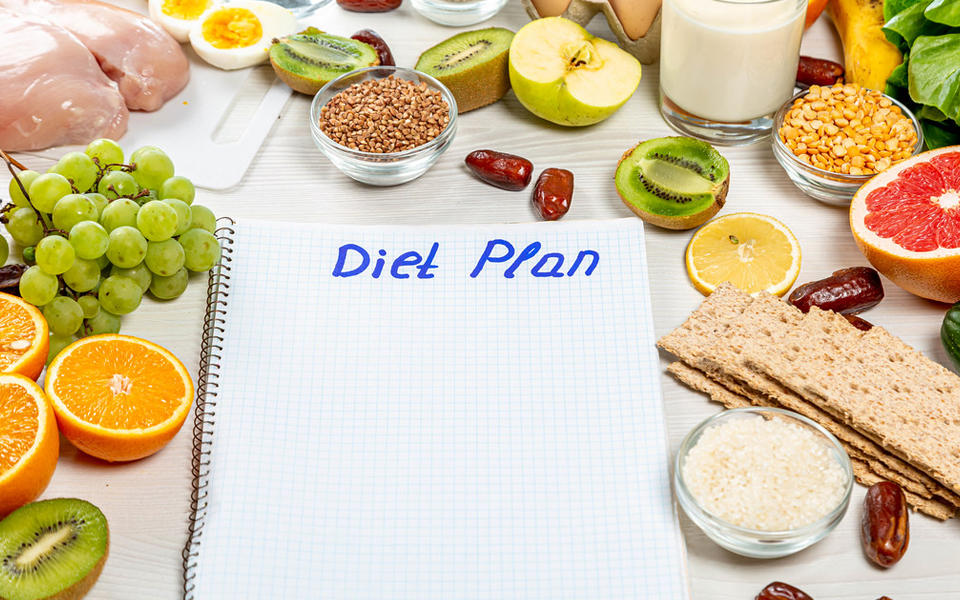 What Weight Loss Goals are Best?

Advice About Setting Successful Weight Reduction Objectives Knowing the best type of weight loss goals to aim for is crucial in maintaining your motivation to… Read More »What Weight Loss Goals are Best? 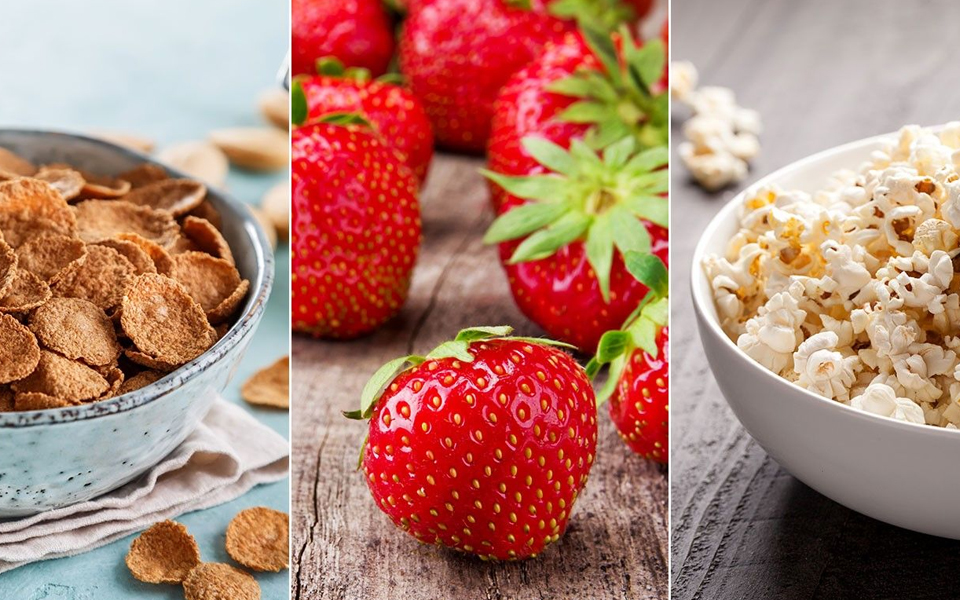