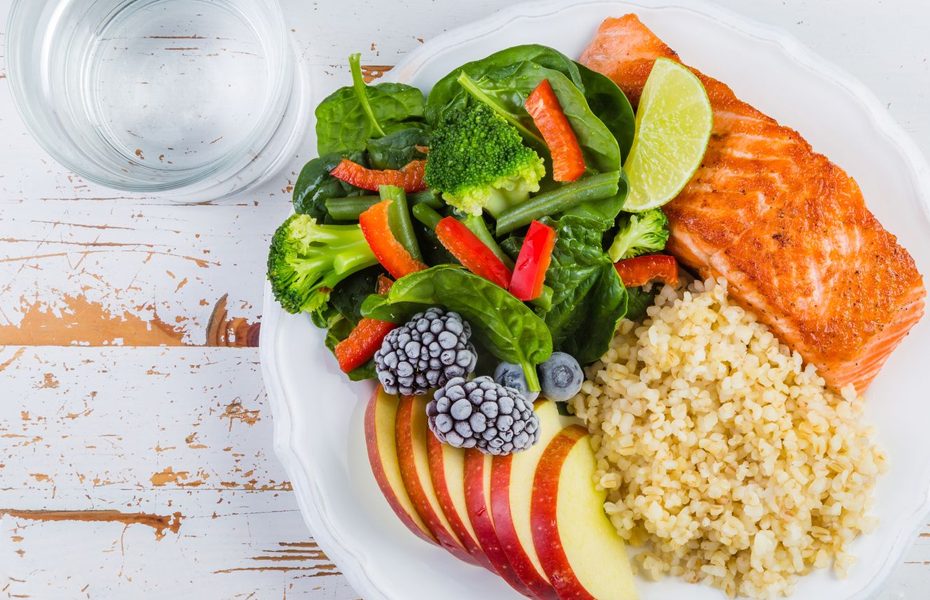 The more hungry we are, the more we eat, right? Not necessarily. The amount of food you put on your plate can determine how much you eat and how soon you feel full. If you eat a large serving-size, you may feel no fuller than if you eat a smaller amount of food.

For example, in a recent study, women ate more when they were served bigger portions, but they felt just as full if they were given smaller portions with much fewer calories.

Researchers served 39 women three different portion sizes of a baked pasta dish made with varying amounts of vegetables, cheese and shells. The dishes with more greens had fewer calories per serving. The subjects reported no significant differences in hunger and fullness when they ate two cups of the lower-calorie pasta made with more vegetables than they did when they ate 3.5 cups of the one higher in calories.

In another study, researchers served men increasing portions of macaroni and cheese and found that subjects ate MORE food when portions were increased by as little as 27 percent. But although they ate more, they didn’t feel any fuller! This suggests that portion size influences appetite and the feeling of satisfaction after a meal, because as more food was offered, it took longer for participants to achieve satiety.

Many dieters still believe that eating small portions is essential to lose weight. This is not true. It depends on the food concerned, and how many calories it contains. For example, high-fiber foods can be eaten in larger quantities as a high proportion of their bulk is indigestible. Foods high in dietary fiber also fill up the stomach and take longer to digest, causing us to feel full sooner and for longer. However, calorie-dense foods (high in fat and/or sugar) should be eaten in smaller quantities. Consider these examples.

10 pounds of apples contains fewer calories than 1 pound (450g) of candy. So you can eat a whole pound of apples for the same number of calories as a couple of candies. This is because candy crams a lot of fat and sugar into a small space.

It’s easy to eat food simply because it’s put in front of you. So be aware of what you are eating, and make sure it is you (not someone else) who is choosing how much you should eat.

Control How Much You Eat

Portion-sizes in many restaurants are over-sized, even super-sized. If you are eating with someone else, try sharing an entrée, or order two appetizers instead of an entree. If you’re eating alone, eat half and take the rest home for another meal. Don’t feel obliged to “clean your plate”.

Desserts Can Be Very High in Calories

One single slice of The Cheesecake Factory’s Original Cheesecake contains almost 800 calories and a massive 49 grams of fat (28 of them saturated, or 50 percent more than is recommended maximum per day). Either, share such a rich dessert several ways or skip it altogether and finish your meal with a piece of fruit or other lower-calorie option.

Eating fast short-circuits the signals that your digestive system generates to signal that it’s getting full. Slowing down gives your stomach and intestines time to send these messages to your brain. For an explanation of how we digest food, see Guide To Food Digestion.

Don’t overdo the beer, wine or other alcoholic drinks when eating out. Drinking too much can easily lead to over-eating.

For a concise explanation of how ALL surplus calories (from fats, protein AND carbs) are converted to body fat and stored as adipose tissue, see How We Gain Body Fat?