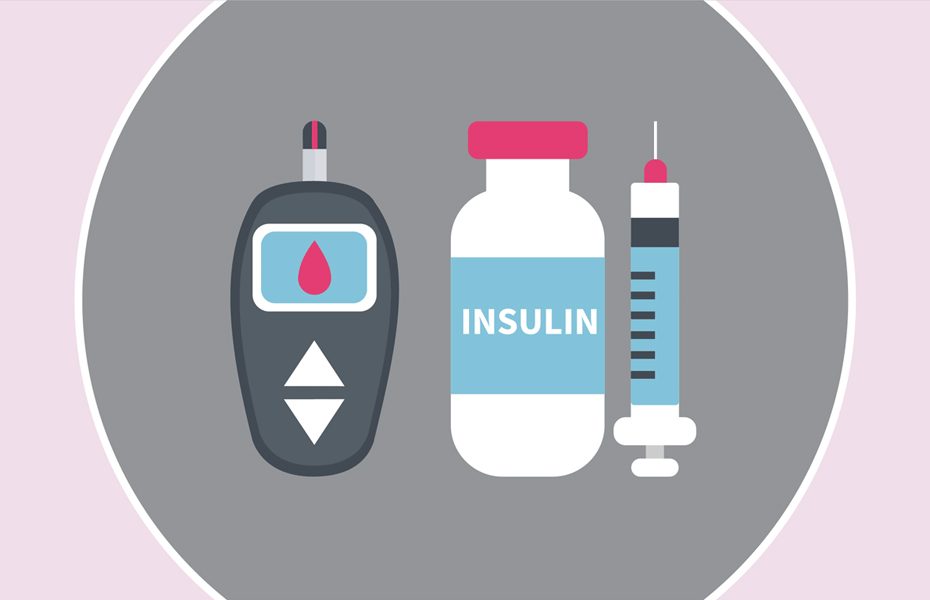 As we have seen, when blood glucose levels get too high, insulin is released into the bloodstream by the pancreas to help disperse the glucose. The insulin transports the glucose to cells needing extra energy. The cells have “insulin receptors” positioned so that insulin can bind to them, facilitating glucose entry and utilization in the cells. Once inside the cells, the glucose is burned to produce heat and adenosine triphosyphate, (ATP) a molecule that stores and releases energy as required by the cell.

If we eat a diet that contains too many high GI carbs (carbs that are rapidly converted into blood glucose) we force our body to respond by releasing equally large amounts of insulin into our bloodstream to cope with the glucose. Over time this excessively high level of insulin can cause the “insulin-receptors” in our cells to become less sensitive to insulin.

When cells become less sensitive to the effects of insulin, they accept less glucose, so more glucose than usual remains in the bloodstream. Result? The pancreas over-compensates by working harder and releasing even more insulin.

The combination of insulin-insensitivity and insulin over-production typically leads to one of two results:

Either, the pancreas gets worn out and insulin production slows down to abnormally low levels. Result? We develop type 2 diabetes. (About 30 percent of cases)

Or, the insulin-resistant patient doesn’t develop diabetes (because the pancreas continues to produce sufficient insulin) but, instead, contracts hyperinsulinism (abnormally high levels of insulin in the blood), which can cause chronic obesity as well as high blood pressure, high levels of triglycerides, low HDL (good) cholesterol, heart disease, and possibly some cancers.

This is why experts are beginning to recognize the health advantages of following a low GI diet. Because lower GI foods are converted into glucose much more slowly, causing less insulin to be produced.

This is not the last word on this subject, by any means. Research into insulin insensitivity and the relationship between insulin levels and obesity is ongoing. However, the over consumption of high-GI foods (and high-fat fast-food) is a major cause of concern.